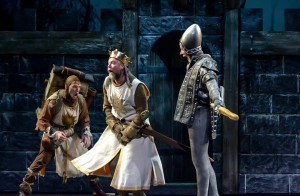 Steve Sherman in Spamalot at the Clarence Brown Theater 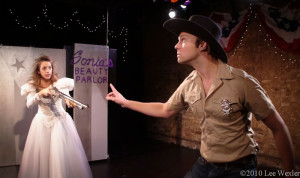 Jessi Blue Gormezano and Steve Sherman in Home of the Great Pecan. Photo by Lee Wexler.

I was introduced to actor Steve Sherman by my buddy Dave Marantz, and he was great in my play, Home of the Great Pecan as Deputy Diggity.  I liked him so much I asked him to be in a workshop to help me develop a new play I’d been working on called Hole.

That was in New York City.  As it happens we are both in Tennessee at the moment, he as a student in University of Tennessee’s graduate acting program which is connected to the Clarence Brown Theater — a LORT Theater.  And he’s in Spamalot which is opening there tonight!

It was great to get the perspective of an actor who had been out in the professional world and had gone back to school. 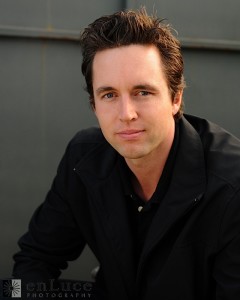 This is part 2 of my talk with my good buddy, actor/writer, Erik Van Wyck.  In this interview Erik lets it all hang out in his assessment of Los Angeles, the good, the bad, and the ugly — why it can be intoxicating and also soul sucking to pursue the favored industry of the town.

Erik talks a bit about a movie he helped produce (and acted in) called Expecting (which you can watch now on demand) with Radha Mitchell and Michelle Monaghan.

He also talks about traveling the world as the host of the reality show Getting Abroad which was on for a season on the now defunct The Mojo Network.  The show explored mating and dating rituals around the world, and basically Erik traveled to a country, and he and a local wing man went around and tried to pick up women.  He started each show by sampling an (often disgusting) local aphrodisiac.

Erik also offers up some embarrassing and/or bizarre audition stories. 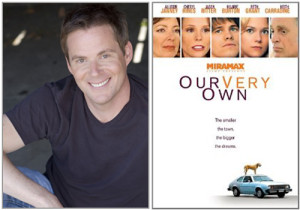 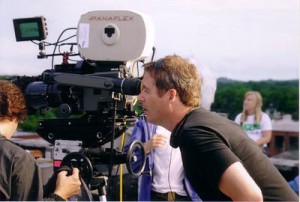 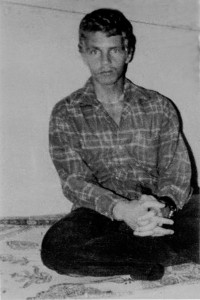 This is part 2 of my Billy Hayes interview, and as you’ll recall, he was the inspiration for the 1978 movie Midnight Express with Brad Davis.

Please look out for Billy’s new one-man theatrical show which recently previewed in Edinburgh called Riding the Midnight Express which talks about some of his real life experiences — live and straight from the source!

Also in this episode I play my “ghost recording” for you to help me determine if it’s electronic feedback or other worldly communication.

Topics covered in part two of the interview:

Also… I mentioned that a high school kid emailed me about my 10-minute play Corybungus (my ode to Monty Python) being performed.  Here’s a link to that short play.  It’s an easy read if you feel like checking it out.  Please keep in mind that while it’s free to read, a royalty must be paid to perform it in front of an audience. 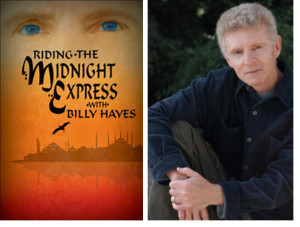 Billy Hayes was the inspiration for the 1978 movie Midnight Express with Brad Davis.  After escaping from a Turkish prison and making his way back to America, Billy wrote a book about his experiences, and Hollywood came a-knocking — a relatively unknown Oliver Stone wrote the screenplay.

Now Billy’s got a new one-man show which recently previewed in Edinburgh called Riding  the Midnight Express which talks about some of his life experiences in greater detail.

Billy’s got some stories!  Enjoy. 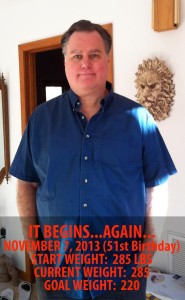 Also… I talk a little about my newest quest to lose weight.  Gonna post my weight when I started this new “regime” on the 7th of November (285 lbs), so I can’t get out of doing the work!  Will post my next goal of 275 as soon as I reach it.  Boy, Turkey Day set me back a bit.  I was almost there.

In this episode which features my very good buddy, actor/writer, Erik Van Wyck, we go off topic a bit in a new segment I’m calling Off Off Topic. 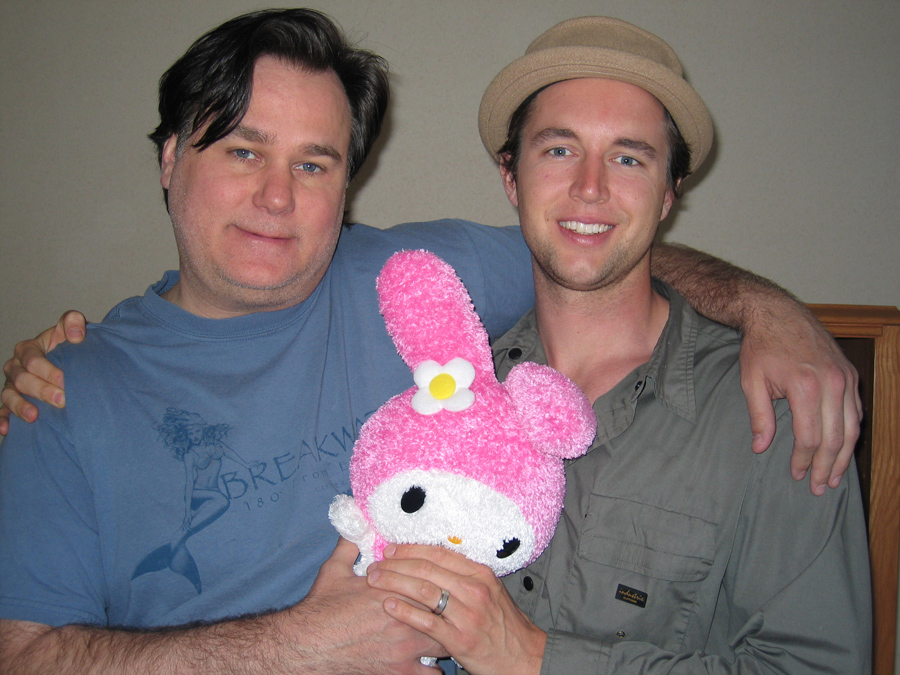 Forgot to take a pic in LA, but here’s a silly one of us from 2006 with my daughter’s stuffed bunny.

In a few weeks I’ll release Erik’s “official” actor/writer interview (including a great embarrassing story about a recent horrible audition), but we had such a nice long conversation for about 2 hours, and there were some bits where we went off the trail that were way too good to be scrapped …

ALSO… stayed tuned at the very end of the episode (50:32) for a musical treat.  My buddy Sal Clemente who wrote the podcast theme song, “Here We Go Again,” has a band called Ultrasonic Rock Orchestra which is performing a concert version of the rock musical JESUS CHRIST SUPERSTAR this Friday, Saturday, Sunday (11/22, 11/23, 11/24)  in Arlington, MA at the Regent Theatre.  He gave me permission to include the awesome song “Gethsemane” from their recorded album of JCS on the podcast.  The performer singing Jesus is Chris Cote.  Go to their website to hear other selections including Sal singing Judas… or even better, buy the album or see the concert to hear everything.  Check ’em out!

Hi, I’m Stephen Bittrich.  In this inaugural episode of Off Off Pod, I interview my buddy, actress Margo Martindale, who is known for such television shows as JUSTIFIED, THE AMERICANS, A GIFTED MAN, and most recently, THE MILLERS.  (As of this writing you can watch the latest episode of THE MILLERS for free online.).

While temporarily rooming with Margo and being her assistant while she transitions into THE MILLERS, I ask what the day to day process is like for an actor working on a 4 camera sitcom and what the audition process was like.

And after the interview I talk about the origins of Off Off Pod, my inspiration Marc Maron from WTFPod and a little about the my growing pride in the words “Off Off.”

The theme song “Here We Go Again” is written and performed by my buddy Sal Clemente.  Here’s his band — Ultrasonic Rock Orchestra.  Check ’em out!